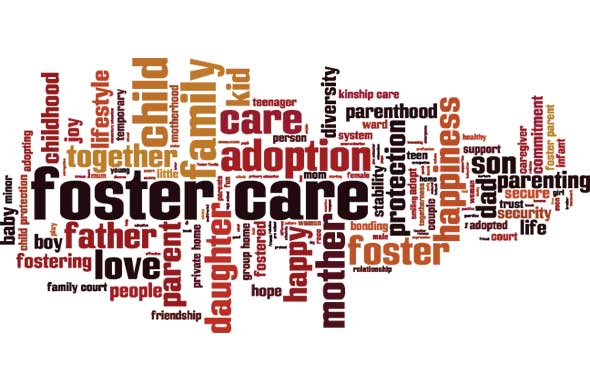 I had the pleasure of meeting John, along with his wife Olive, one cold winter morning the day following his most recent hunting trip. At the age of 77, John fondly reflected on his life-long career in the fishing industry which began at 15, Since those early days, John keeps busy and still enjoys the outdoors.

Together, he and Olive shared their home with what they estimate to be over 50 foster children, while raising their own three boys. John lit up when he recalled on how the children would run to him, stating, “They all called me Dad.”

John had a very calm demeanor, and his calmness can be seen throughout his tips. He identified many practices some might feel common sense; however, what he offered to children are gifts not granted to all.

When I asked John, “What is a dream you have for your family?” His emphatically responded, with a smile on his face and downcast eyes, “To have everyone together.”

Immediately, in my mind’s eye, I saw a country-styled kitchen filled with the many lives he has impacted over the years. What a “Rockwell painting” that would be!

It was difficult for John to recognize his greatness; although, it was not at all difficult to see. Despite sharing his life with over 50 foster children, he said, “I wish we had adopted more.”

I having had only one child, would argue it was more than manageable to not get “mad,” and to not “hit,” as John mentioned in his sixth tip. Although just one child, it was not so natural.

I sought much support in terms of professional help and education around appropriate parenting practices. I held the principle; however, needed help to uphold it.

At times, I lacked the capacity to keep calm. Raising a child based on respect rather than fear was a shared belief for John and I. It’s clear; each of John’s tips held a foundation of respect, even though the word itself was not used.

Through research and personal development, I came to learned much of what John discussed with me that wintery day. What seemed to come natural to him, had to be taught, explained and re-explained to me. Getting help and guidance with parenting, was key in learning all the things John seemed to inherently know.

John’s Dad was his greatest influence. He stated, “Dad never hit me.” My guess, being raised by a man, back in the 40’s, who did not believe in “hitting” gave John all he needed to provide a loving home to over 53 children.

John and Olive spoke so warmly of their years raising children. Sadly, it was through deep hardship they found the life they so fondly spoke of.

Through their giving, they carried the loss of two young sons. It was in loosing those lives, many children found a home, a Mom, a Dad and could be guaranteed a hug.

I will forever treasure my time with John and Olive. They have had a far reach in this world. I can attest that they continue to have a powerful impact on those fortunate enough to meet them.

It was an unforgettable gift.