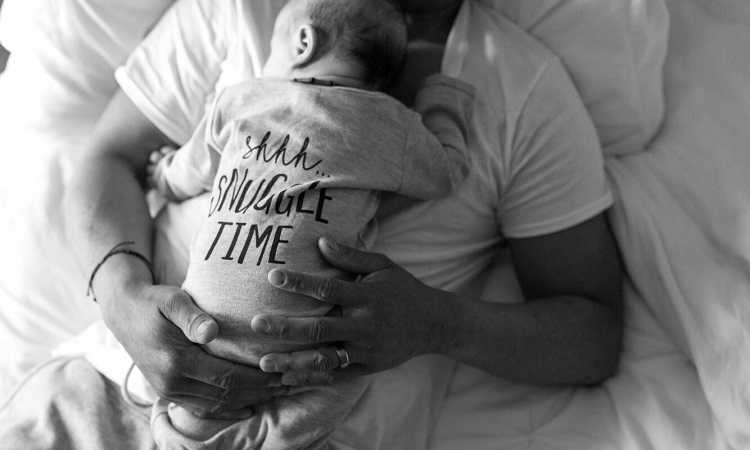 Jay is a leader in his community and among Dads. Unable to located resources for himself after leaving an abusive relationship, he found supports for Dads, or for male victims, were non-existent in this province. Jay became an activist.

These days, this Dad now develops programming at the North End Parent Resource Centre, in the same community he lived in as a young boy. A former touring musician and award-winning rapper, Jay has been using his status to reach more Fathers.

Currently raising three sons and a new baby girl, Jay finds time to develop his role as an educator, a musician and remain a strong advocate. His primary focus is to be a good Dad and his only concern is that his children find that to be true.

Jay is doing a great deal for Dad’s and their children on a local, provincial and a federal level. It’s great that given all he’s involved with he still finds time to cuddle and to appreciate the special moments.

Jay, “Cherish the stage before your infant can walk and talk, as those cuddles are the best. Once they are mobile it’s a wrap!” Tip 10

I remember when Michael was a little boy, he would crawl up on the sofa with me and we would cuddle. I recall cherishing that time, in the moment. Even throughout the early years, I knew cuddles were precious and limited.

I was aware cuddling would be short-lived. During those times I attempted to be ever so present.

To my great fortune and surprise, cuddles were not lost in the adolescent stage. On occasion, Michael would occasionally crawl up on the sofa with me and snuggle in.

It was always such a warm and welcomed moment. I began to soak it in, deeper as the years passed. Each time I secretly wondered which snuggle would be my last. Every time I felt like the luckiest Mom in the world!

In 2008, Michael was injured in a snowboarding accident, I remember thinking my “cuddles” were over. I consciously reflected on those beloved moments. I was certain his physical limitations would no longer allow it, even if age was not a barrier. A transition to the sofa was now labour intensive, not to mention he was six feet in size.

I worked to accept, his disability and impaired mobility would prevent those moments. I understood those days were over. I focused to appreciate having ever have had cuddles. I knew, given our situation, there would be no more.

One day, as I sought to find gratitude and acceptance, to my delight, at age 17, Michael crawled up on the sofa with me! That scene is vivid in my mind’s eye. Over 10 years later, I can still feel my elation.

I’m glad Jay and I have cherished each and every cuddle. I will forever hold out hope there will always be just, one, more. I’d encourage all parents to never give up the dream – any dream. Try and get just one more cuddle, invite it, initiate it even. Maybe your teen will surprise you too.

You never know, it may not always be “a wrap.”